Students staged a real torture peer on the Playground

In the Saratov region is checked after the students staged a real torture on the Playground.
The boy was diagnosed with several burns and multiple bruises. Hooligans beat their defenseless peer and dripped burning plastic on his hands. In General, there are a lot of cases of teenage aggression, and the footage of bullying is uploaded to the Network by the executors themselves, not suspecting that in this way they sign their own sentence. For some, this is a cruel game, for others — a chance to earn serious injuries.
Danilo as times the second. Thermal burn legs, bruises on the body — so mocked at him peers. The way envy and sadistic experience. Cauterized with molten plastic. Four teenagers first beat the boy and his friend, and then left a reminder on the body. It was on the Playground. It’s always crowded here.
But no one helped the schoolboy. The case in the Saratov region is not the only one. Not a week goes by that the Network does not have a new video with how aggressive teenagers attack their peers. In every the second are fighting for any «truth.»
And this is Astrakhan. Schoolchildren brutally beat their peers. He barely manages to Dodge. And even an apology on his knees, which he will be forced to bring, will not protect from bruises and injuries.
All of these cases were investigated. The main characters of the video have long been calculated. Called to talk and not for school or on the wasteland, and in the office to the police. But such cases of teenage aggression and then fall into the Network.
Publish them, as a rule, participants of a fight. They are not afraid of even the possible punishment and criminal liability. For causing harm to health, for example, the average severity faces up to 5 years in prison. «Grave and medium-gravity damage to health, according to these articles they are 14 years old can attract. For assault, for example, is only possible from the age of 16,» says attorney Eugene Rosenberg. For those who are under the age of 14, often meet the parents. So, most likely, will happen and to Danila’s offenders.
They were found quickly. The attackers and their victims had known each other for a long time. «On this fact, the Prosecutor’s office organized and conducted a check of the implementation of the legislation «On the prevention of neglect and juvenile delinquency», according to its results, including an assessment of the actions or inactions of officials of the prevention system», — says the senior assistant Prosecutor of the Saratov region Tatyana Kazachenko.
But why teenagers are sometimes so cruel to peers? Bad parenting? Bad company? Yes, anything, psychologists say. The main thing — time to notice changes in the mood of the child. «To ask what it is connected. Maybe he is offended by his peers, maybe he has some kind of story happened that triggers the mechanism of acting out. If in relation to the child showed cruelty, he also wants to return it,» — said the psychologist Natalia Panfilova. What if the child is on the other side?
Experts advise if possible to get away from the conflict or call for help.
There’s no need to be shy. Well, a good help will be sports training, for example, in the martial arts section. 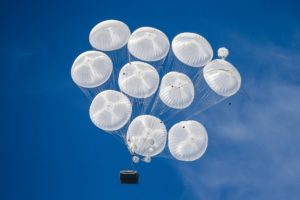 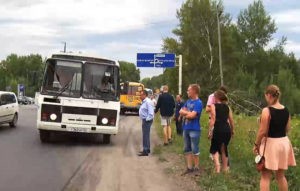 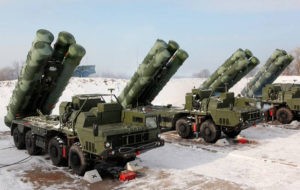