The us dollar is one of the most popular currencies in many countries, including Russia. Traditionally, in times of economic turmoil and turmoil, this currency shows an upward trend, while domestic assets are declining in their value.

Therefore, at exchange offices and banks you can see crowds of people who want to buy us dollars. There is even an expression that»rubles are certificates for money, and dollars are real money». But without knowledge about the formation of the ruble and the us dollar very often the population acquires dollars at the peak of their value, and then sells at minimum price values.

To correctly assess the prospects of exchange rates, it is necessary to understand how they are formed. In this article we will look at what determines the exchange rate of the dollar against the ruble. Factors affecting the dollar First of all, it is worth noting that the dollar is a freely convertible currency.

The formation of the us dollar is a multifactorial process, but the main ones can be divided into two groups: political and economic. However, first of all, it is necessary to understand the General specifics of the issue and the existence of dollars. The dollar is the main reserve currency.

But due to the subsequent sharp decline in the us gold reserve and the negative balance of payments, this system showed instability. In the period from 1976-1978, it was replaced by the current Jamaican currency system, the basic principles of which are the absence of binding exchange rates to gold and their free convertibility.

Now exchange rates are determined by supply and demand. Currently, the issue of the us dollar is handled by the fed (Federal reserve), which performs the function of the us Central Bank. The fed also sets an interest rate, thereby determining the cost of using money.

And the fed in its decisions has a high degree of freedom and is not directly subordinate to the US government, but, of course, carries out its actions in the interests of the US economy. Political factor The main political factors affecting the dollar/ruble pair include the price of oil.

It would seem that the price of oil depends on the dollar? The fact is that it is denominated in dollars, so there are a number of features that affect the exchange rates. So, if the us government needs money-dollars, it issues bonds, which the fed buys and issues an equivalent amount of money, paying it to the government for debt securities.

In turn, the US government can already use this money at its discretion. In Russia, the process of pouring money into the economy is carried out differently. The Central Bank cannot issue rubles at the expense of Russian bonds in this way. In order to receive rubles from the Central Bank, Russia must supply an asset/service to the international market (of course, it is mainly oil and gas) and receive us dollars. It was under these dollars, the Central Bank may have to issue rubles on its course.

Moreover, us dollars, which have got in this way in the Central Bank, can be spent on the purchase of us bonds. Thus, this scheme is often reduced to the issue of US dollars and the acquisition of real assets (for example, oil).

And Russia supplies the world market with assets for us dollars, under which rubles are printed, and us bonds are bought for the dollars themselves. Of course, this scheme does not suit everyone and has a lot of disadvantages.

Currently, the scheme of oil trade for rubles is being worked out, but it also has a lot of pitfalls. Naturally, when the dollar price of oil rises in price, the ruble exchange rate also increases. If the dollar price of oil is reduced, Russia has to reduce the ruble. It turns out that the oil-exporting countries are more profitable low dollar, and the US, on the contrary, – stronger.

Also, political factors include the overall economic stability in the country, as a strong state will have a stable strong currency. Other countries will try to buy it, thereby supporting the demand, which moves the exchange rate up.

And wars and conflicts, on the contrary, reduce the value of the currency, as they can lead to some uncertainty. Naturally, the statements of major politicians also affect the exchange rate. Economic forces The economic factors of exchange rate formation include the fed’s actions in terms of interest rate changes.

If the rate rises, the rate rises, if it decreases, it falls. Moreover, in terms of the fed’s activities on rates, the so-called quantitative easing (QE) programs should be singled out, which the fed can introduce to stimulate the country’s economy by buying out bonds and reducing rates. As a rule, when launching the next easing cycle, the currency may decline (as it becomes larger), but the market may also lay a positive effect of this stimulus in the exchange rate, not allowing it to fall below.

With a decrease in QE, the dollar becomes more expensive, and the market can lay in its course and the overall achieved and expected effect of further development. The population of Russia loves us dollars for their stability (but the dollar can also decline in value), determined by traditionally low inflation in the US (about 2%). Inflation is a measure of money depreciation, and in the US it is much lower than in Russia.

1. Us balance of payments (us $ billion)) since 2013. Actually, the us dollar exchange rate is to some extent conditioned by the world community’s faith in the economy of this country and some dependence on its currency.

Conclusion To correctly assess the prospects of the domestic economy, it is extremely important to understand what determines the us dollar – the currency for which our main resource is sold – hydrocarbons. 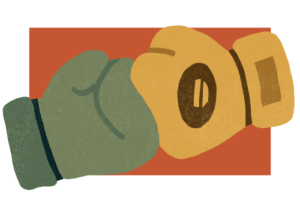 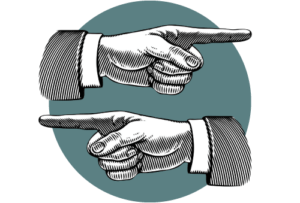